The Committee for a Responsible Federal Budget has been mentioned by name in three presidential debates over the past few months. This is a good sign that fiscal responsibility is an important issue to the viewers of these debates, and we hope the candidates will take note by presenting clearer plans for bringing the debt on a downward sustainable path.

During the April 14, 2016 Democratic presidential debate in Brooklyn, CNN moderator Wolf Blitzer cited our full analysis of Senator Sanders's proposals while questioning him about fiscal responsibility. Blitzer noted that based on our analysis, Senator Sanders would increase spending by up to $28 trillion over the next decade and add as much as $15 trillion to the national debt. Read the transcript of the debate. 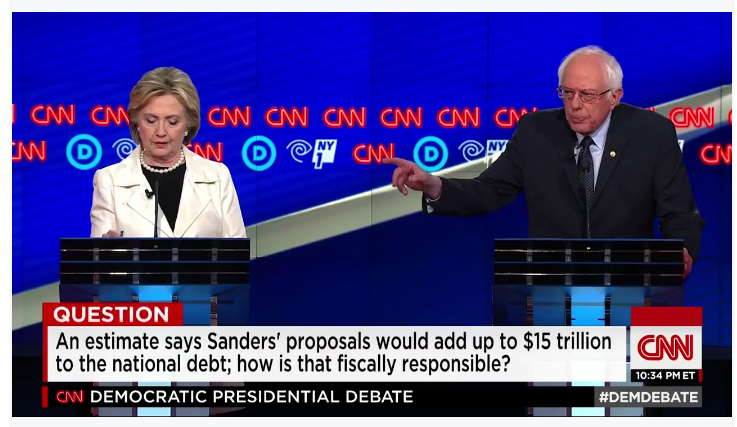 Dana Bash of CNN quoted the Committee for a Responsible Federal Budget at the CNN Republican debate on March 10, 2016, while asking Donald Trump about his resistance to changes to the Social Security program for future retirees. Mr. Trump claimed Social Security could be fixed by getting rid of waste, fraud, and abuse, but Bash referred to our analysis that found that this could save at most $3 billion of a $150 billion per year shortfall. You can see the exchange here. Read the transcript of the debate. 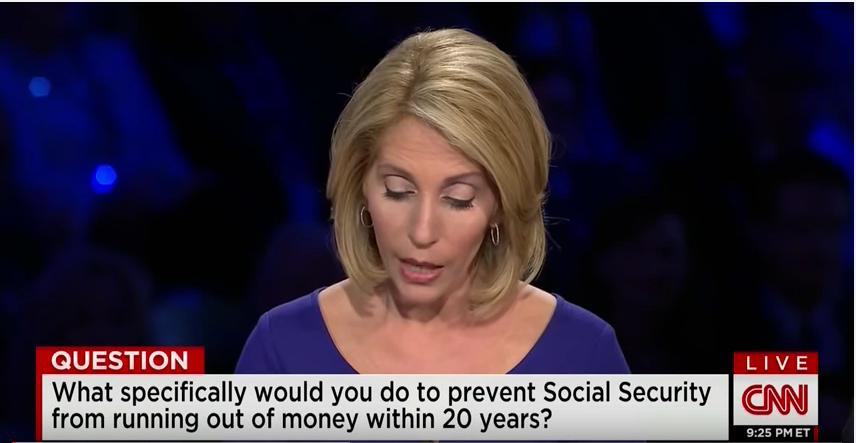 And during the February 13, 2016 Republican debate on CBS News, moderator Kimberley Strassel of The Wall Street Journal cited the Committee by name when questioning Donald Trump on his spending proposal. Strassel explained how our analysis found that Mr. Trump's plans would add anywhere from $12 trillion to $15 trillion over the next decade, and would require economic growth of 7 to 9 percent to pay for it without cutting spending or raising taxes. You can see the exchange here. Read the transcript of the debate.

As candidates shift toward the general election, we encourage each of them to develop detailed plans for deficit reduction that will put our country on a stronger fiscal footing.