Are There $1.6 Trillion in Tax Loopholes?

Former Vice President and 2020 presidential candidate Joe Biden told the Rainbow PUSH Coalition Convention on June 28 that the tax code contains $1.6 trillion in “loopholes,” adding “you can’t justify the vast majority of that.” Biden’s claim is largely true: federal tax expenditures have an annual cost of more than $1.6 trillion. However, depending on one’s definition, they aren’t necessarily loopholes.

What Biden is referring to as loopholes are formally known as “tax expenditures.” More than 200 deductions, credits, exclusions, or other tax breaks are sprinkled throughout the tax code. Though they represent a break from a “clean” code, many are there intentionally and designed to serve a specific policy purpose.

The various provisions range widely in size and subject matter. The largest is the exclusion for employer-provided health insurance (costing over $164 billion in 2019). Some other large tax breaks include the preferential tax rates for dividend and long-term capital gains income ($127 billion in 2019), several breaks for retirement accounts (totaling over $200 billion), and tax credits for children and other dependents ($121 billion).

Based on estimates from the Joint Committee on Taxation and the Congressional Budget Office (CBO), tax expenditures cost the federal government $1.43 trillion in 2019 in reduced income tax revenue – a figure expected to increase in the coming years. Some of the tax breaks, such as the exclusion for employer-provided health insurance, also reduce payroll tax revenue. When payroll revenue reductions are included, the total annual cost of tax expenditures rises to more than $1.6 trillion, according to CBO. Biden is therefore correct to say that there are $1.6 trillion of tax expenditures. However, recipients of these expenditures are unlikely to see them as “loopholes.” The vast majority of taxpayers receive some benefit from tax expenditures, and many – such as the charitable deduction, the earned income tax credit, and the tax deferral of 401(k) retirement contributions – remain very popular among policymakers and the public.

Still, many experts and analysts have referred to these provisions as loopholes. Furthermore, most tax reform efforts have aimed to at least reduce their size and scope. 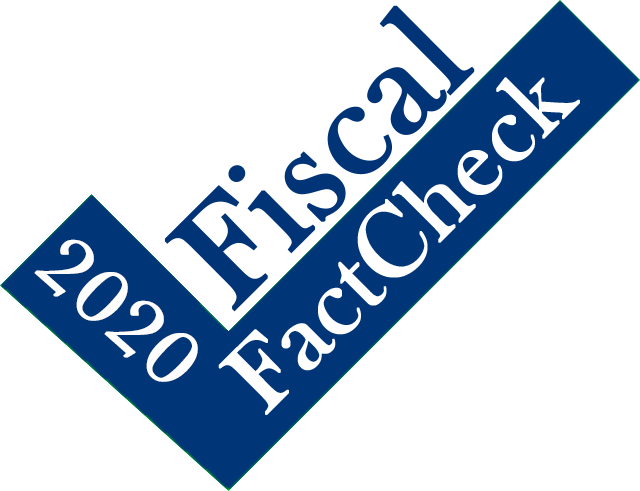 This Fiscal FactCheck is a part of our US Budget Watch 2020 project, which will explain, score, and factcheck claims and policy proposals of the 2020 candidates during debates and on the campaign trail. If you think we missed an important claim and would like us to look into it, contact us at info@crfb.org and we'll do our best to look into it. Learn more about US Budget Watch 2020 here.