Note: This paper has been updated.

After the President submits the Administration’s budget proposal to Congress, the House and Senate Budget Committees are each directed to report a budget resolution that, if passed by their respective houses, would then be reconciled in a budget conference (see Q&A: Everything You Need to Know About a Budget Conference). 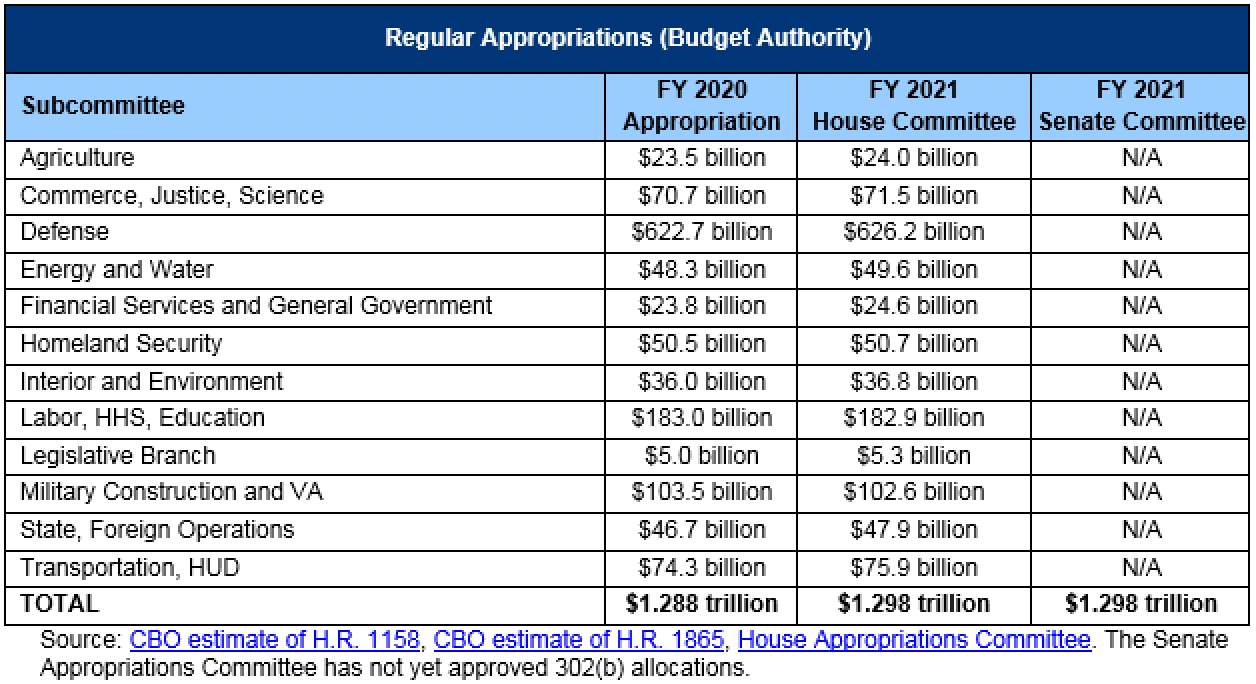 Each subcommittee must propose a bill that ultimately must pass both chambers of Congress and be signed by the President in order to take effect. Although the budget process calls for 12 individual bills, many of them are often combined into what is known as an omnibus appropriations bill, and sometimes a few are combined into what has been termed a minibus appropriations bill.

The 1974 Budget Act calls for the President to submit his or her budget request by the first Monday in February and for Congress to agree to a concurrent budget resolution by April 15. The House may begin consideration of appropriations bills on May 15 even if a budget resolution has not been adopted, and it is supposed to complete action on appropriations bills by June 30. (The process is generally designed for the House to take the lead on appropriations and the Senate to follow.) However, none of these deadlines are enforceable, and they are regularly missed. The practical deadline for passage of appropriations is October 1, when the next fiscal year begins and the previous appropriation bills expire. For a full timeline of the budget process, read more here.

In March, Congress began appropriations work for FY 2021 and the House is beginning to mark up individual appropriations bills. Discretionary spending levels are subject to caps that were modified by the Bipartisan Budget Act of 2019, a two-year agreement which also increased caps for FY 2020 that would have otherwise been reduced under sequestration (see Understanding the Sequester).

Although Congress is supposed to complete a budget resolution to lay out fiscal principles and set an appropriations level, lawmakers have not adopted one. The legislative response to the COVID-19 pandemic consumed much of the floor time in the spring, which delayed appropriations action. Lawmakers have used a procedure known as "deeming," allowing the Appropriations Committees to begin their work assuming adherence to spending caps that were enacted under the Bipartisan Budget Act of 2019, which set discretionary spending caps at $1.288 trillion for FY 2020 and $1.298 trillion for FY 2021.

The Bipartisan Budget Act of 2019, - which increased caps by $153 billion for FY 2021 from the level they would have otherwise fallen to under sequestration – has effectively superseded a budget resolution for the coming fiscal year. For FY 2021, the BBA19 set defense spending caps at $671.5 billion and non-defense discretionary spending caps at $626.5 billion.