Each week, we update our COVID Money Tracker tool with the latest commitments and disbursals from the federal response to the novel coronavirus pandemic and related economic downturn. By compiling all available data on actions taken by Congress, executive branch agencies, and the Federal Reserve, we aim to provide a comprehensive look at the COVID response to inform the public, policymakers, and the media about how these tax dollars are being used.

From vaccine funding to unemployment insurance payments and small business support, COVIDMoneyTracker.org provides real-time updates and allows users to filter by state, industry, and much more.

An overview of the federal COVID response thus far: 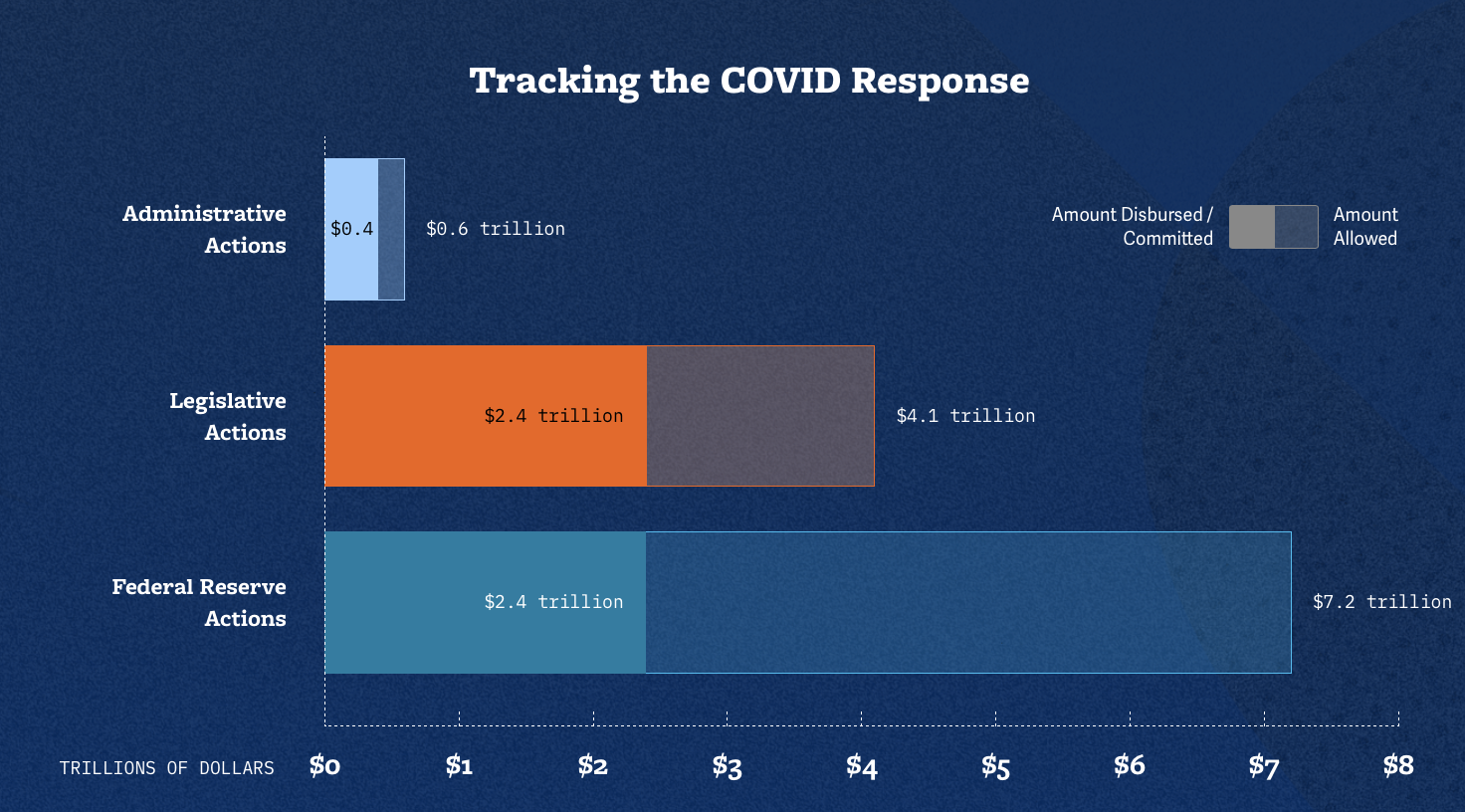 As vaccine development picks up speed, our tool shows how the federal response has supported pharmaceutical research. Pfizer and Moderna recently announced positive interim results from phase III trials of their respective mRNA vaccine candidates. Both companies have received billions of dollars in federal commitments to support development of their vaccines:

To date, the federal government has either committed or distributed approximately $12.5 billion for vaccine and therapeutic development to 12 companies. 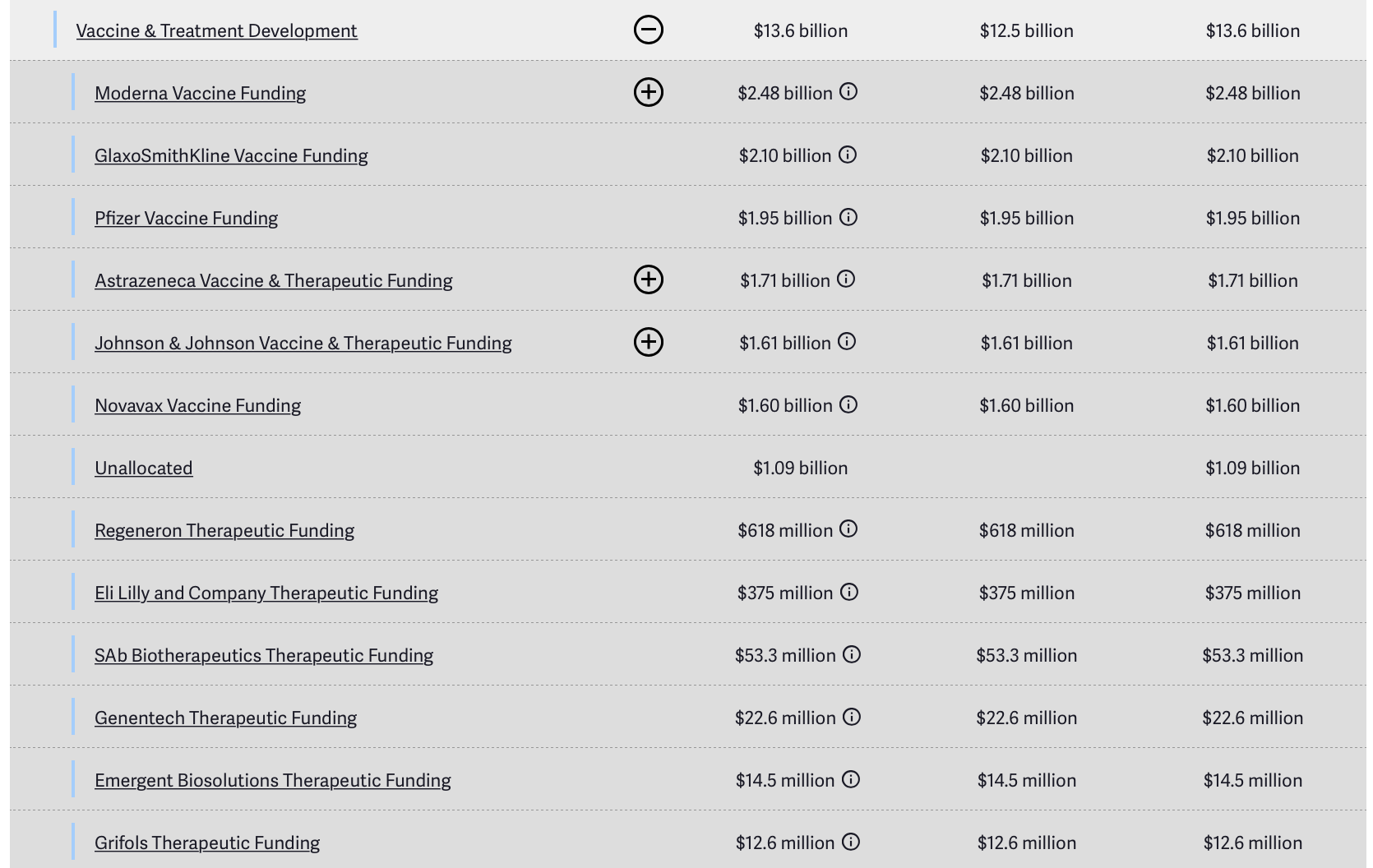 COVID Money Tracker has the latest state-level disbursements for six emergency unemployment programs signed into law in response to the crisis. These six programs have disbursed $368 billion through November 7, including: 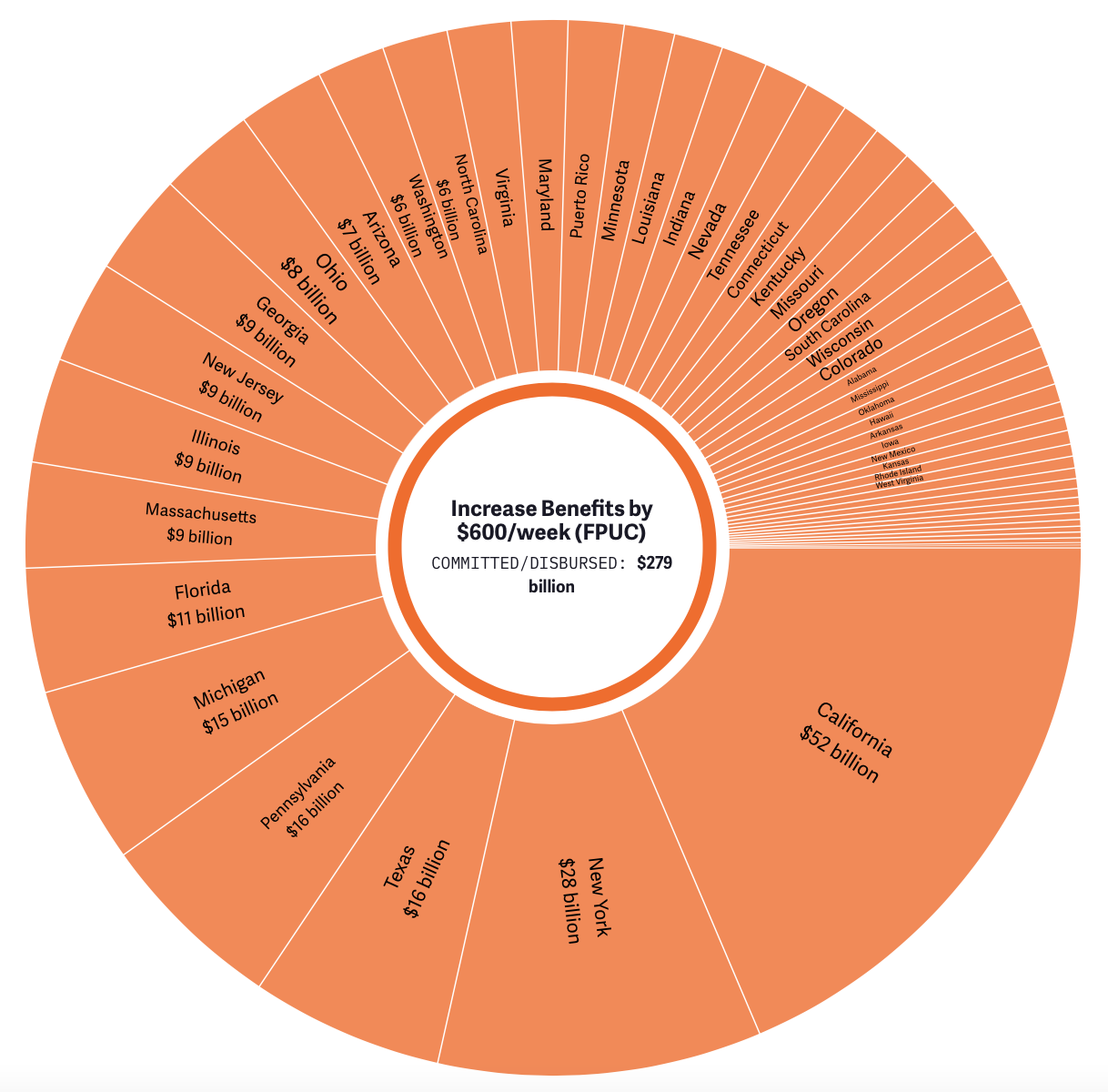 Each month, the Federal Reserve updates its latest holdings under its temporary liquidity and loan facilities, backstopped with $195 billion in Treasury support authorized under the CARES Act. We have all the latest details, including the $23.8 billion in loans issued and bonds purchased through the CARES Act-funded facilities:

*Combined size limit with Primary Market Corporate Credit Facility, which has not been used to date.

All of the facilities are using much less than their overall size limit, but the Main Street Lending Program (MSLP) and the Municipal Liquidity Facility (MLF) are notably underutilized. To date, 420 companies have received $4.2 billion in loans1, less than one percent of the MSLP capacity. Only two state-level entities have utilized the MLF for a total of $1.7 billion in short-term notes purchased out of $500 billion allowed, or less than 0.5 percent of the facility’s total capacity. You can see all the latest transaction-level data for these facilities in our tool.

The federal government has disbursed over $750 billion through the Paycheck Protection Program and Economic Injury Disaster Loans (EIDL) to support small businesses during the sharp decline in economic activity due to the pandemic. COVID Money Tracker includes state-level data for both programs and entity-level data where available. 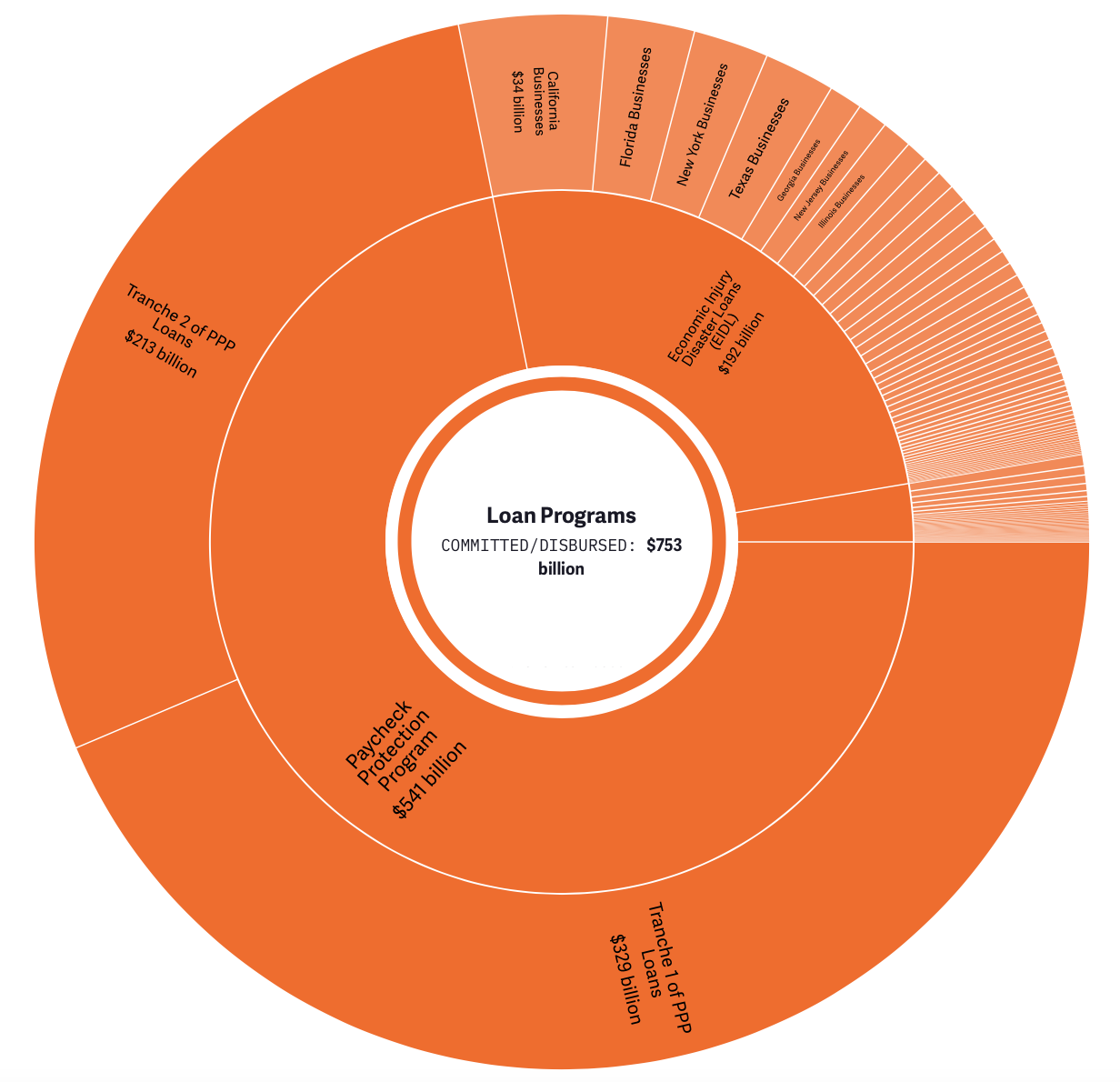 Not only are we continually updating COVID Money Tracker with the latest available data, we're also adding new features that make it even easier to track and evaluate the trillions of dollars in COVID relief distributed thus far. In addition to lawmakers and oversight officials, it’s important that the public be as informed as possible regarding how this aid is being used, as a lack of transparency could undermine support for future relief proposals.

Visit COVIDMoneyTracker.org to explore the data for yourself today.